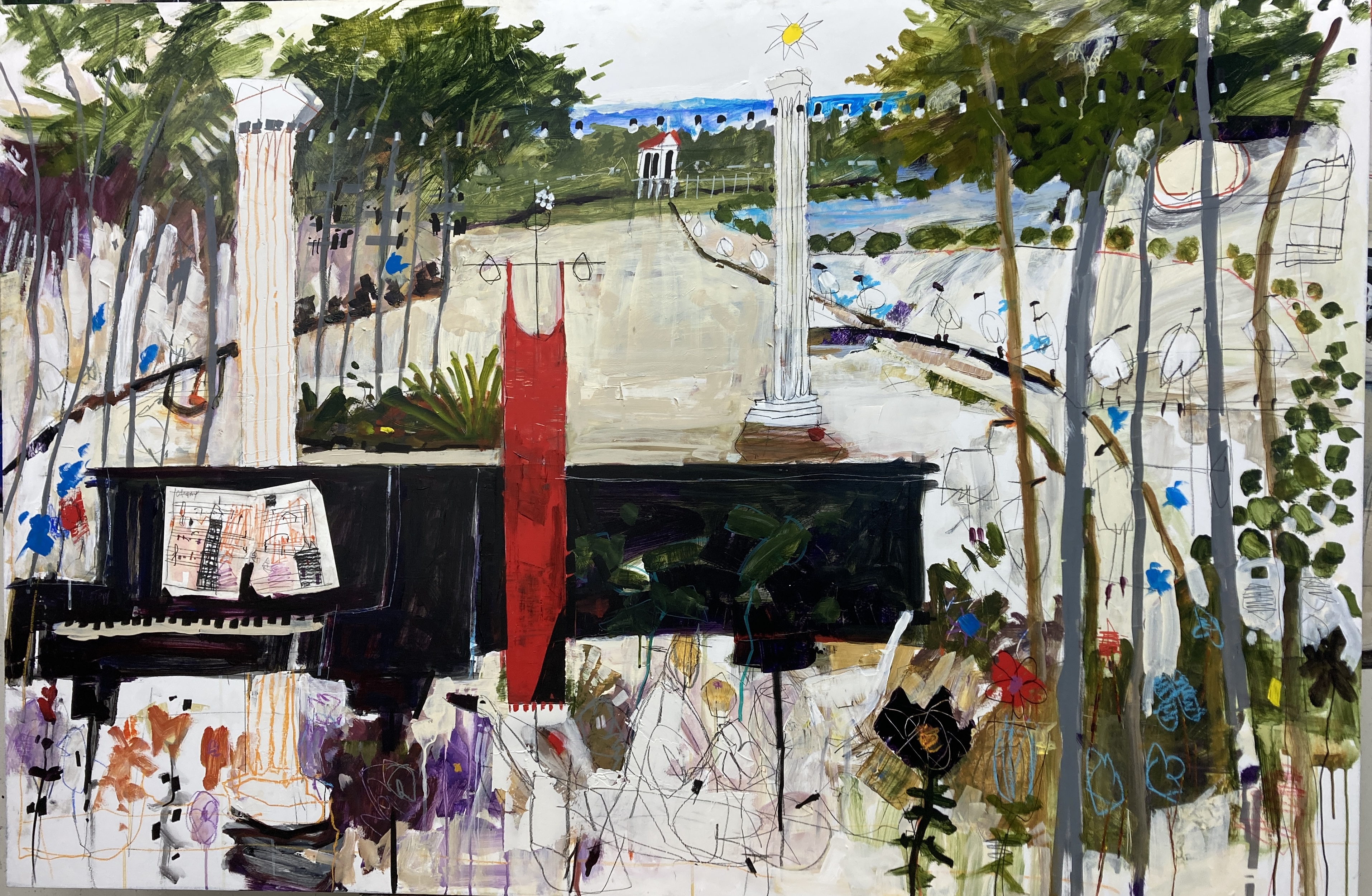 Ella and the Geese

Dennis Campay has quickly risen as one of the most prolific artists in the Southeast. When immersed in the presence of his work, it is understandable as to why. A genius myriad of structures, symbols, and scratches makes his work unlike anything we have ever seen.

Born in Virginia, Campay was not always the highly popular artist he is now. Impressively, his art career began after he graduated with a BFA from the Atlanta College of Arts at age 42. Working feverishly to find his niche and perfect his craft, Campay dove into a classical style of painting that reveals objects, structures, and scenes that are relatable to his audience.

One aspect Campay has mastered that truly draws in a crowd is his meticulous method of taking ordinary scenes, and slightly warping them into what appears to be a dream-like scenario. For example, you'll find dining room tables with overly skinny chairs and fruits with unusually bright colors. You may even find figures in the form of sticks or mismatched building and street signs. Campay is exemplary at replicating typical scenes with the added aspect of warped, dream-like remembrance. Using memories of his travels, he is able to paint scenes from all over the world, as Paris is one of his favorites. Eiffel's towers are a common feature in his paintings, as are impressively large pianos, swans, and beautiful old architecture. Europe and all of its classical beauty is a feature point and a source of inspiration for Campay.

His work is warm and familiar, but also mystifying and intriguing. His love of charcoal drawing is showcased in his work with added lines that enable brush strokes to be more recognizable. His art has a presence, there is no denying.

“Dennis Campay is a true original, whose gift pulled him out of his travails to where he is today; the most consistently exciting painter in the south, one of the best Americans in years. He went through an unending apprenticeship such as no one does today, yet none of those lessons were lost or useless. His age-old themes have never been more urgently felt; this is why his paintings are new...”