Doug Powell - Revolution of the Recycled 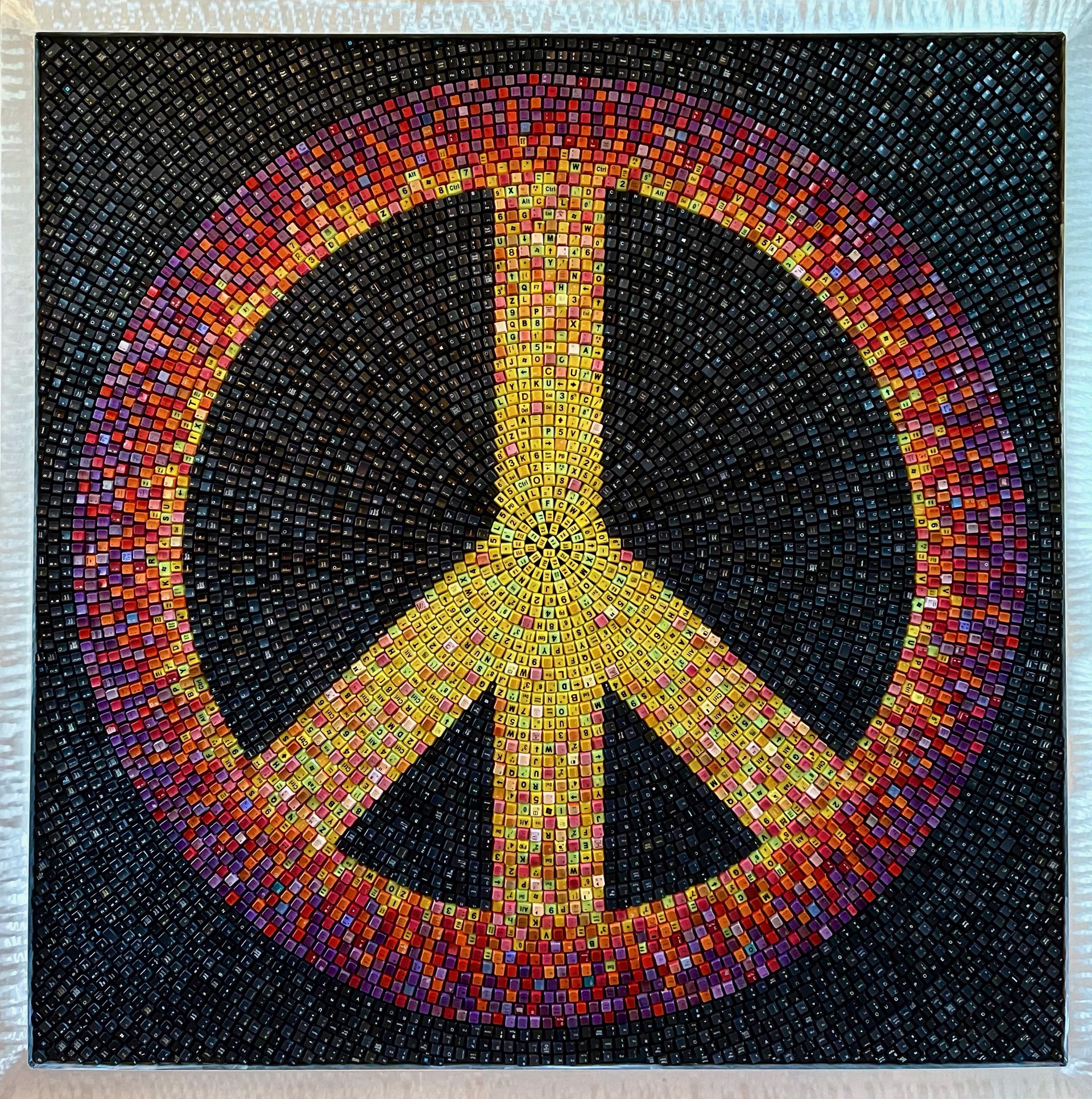 The unforgettable work of Doug Powell keeps his audience looking...looking...and looking some more. How could you not? With thousands of ordinary computer keys perfectly placed to represent something greater, it's difficult to not get lost in the trance of his ongoing scavenger hunt-like masterpieces.

Doug began his interested in reusing found objects as a young child, growing up in central New Jersey. He would go door to door, asking neighbors if he could keep anything they deemed as "disposable," and would use them in various artistic ventures. What others saw as trash, he saw as the potential for treasures. His innovative and curious mindset is what led him to where he is today, as an internationally famous artist with a style unlike anyone else's.

After serving in the U.S Navy for ten years, Powell decided to devote the rest of his time to creating art. With his extensive background in collecting and repurposing, Doug fell in love with the infinite possibilities of the ever popular and oftentimes overlooked, computer keys.

We see them every day, use them so frequently, then dispose of them once their most popular use of typing, is no longer needed. However, as society continues to become more single-use in its resources, a new movement has emerged. One of re-using, re-cycling, and looking at our objects in a more creative and visionary way. Doug is the master at proving everything has infinite value as well as potential beauty. Who could have expected that some old keys, once used for typing and then discarded, could become a portrait of Andy Warhol, an 5 ft. multicolored peace sign, or even a mandala masterpiece. He pushes his audience to see upcycled use in our everyday objects, and encourages us to override our practicality and replace it with creativity.

Doug's art career continues to gain traction in 2010 and now his work is held all around the world. Most famously are his installations in "Ripley's, Believe it Or Not!" and are installed in dozens of their museum locations around the world. He has been in Art Bazel Miami and Spectrum Miami Art Show, and currently has his creations hanging in several galleries, all the while his inbox continues to explode with commission requests.

Although his success is vast, the most entrancing part of his artwork is the ecological effect it has had on our society. Watching the transformation of something ordinary become intrinsically striking makes us question what else we can do to upcycle our tangible surroundings. Doug encourages us to see past our "single-use" society, and envision something greater.

“I want the viewer to ponder the infinite profound combination of thoughts, ideas and inspirations that have surely passed through this Intellectual porthole and all made possible with just the common computer key.”